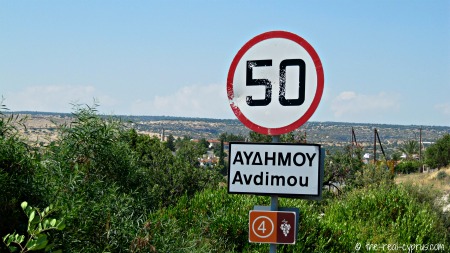 The community of Avdimou is located about 13 kilometres west of Episkopi and Limassol and lays to the east of Paphos. 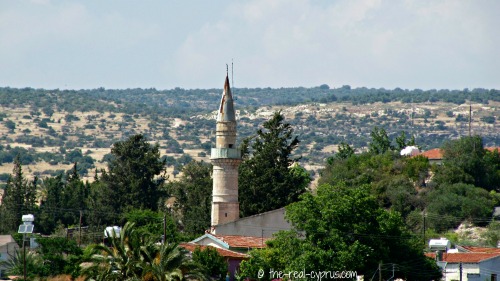 The community receives an annual rainfall of about 450 millimetres; vines of the table-grape variety, cereals, legumes, vegetables, carob-trees, and citrus-trees are cultivated in the region. Stockbreeding is also developed. 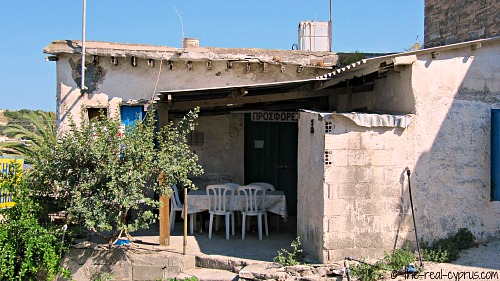 What About The Climate?

As this village is close to the sea the climate is humid in the summer and mild in the winter.

Regarding transportation, Avdimou is connected with the new Limassol to Paphos highway in the south, Anogyra and Agios Thomas in the north-west, and with Prastio and Pachna in the north.

The community's south section is included in the territory of the British Sovereign Bases. 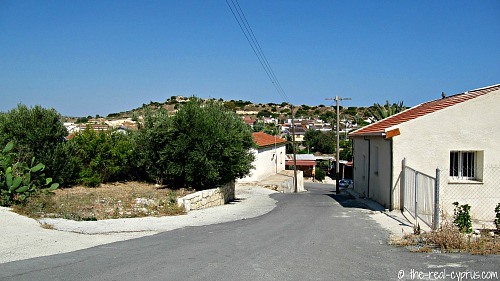 What About The History Of The Village?

There are two interpretations regarding the village's name. The first reports that the Phoenician prince Abdemon took refuge there, after his expulsion by Evagoras I in 411 BC, giving his name to the settlement.

The second and most probable interpretation reports that it took its name from the first settler, who was named Evdemos.

The village's history begins in the very ancient times. In the Lusignan era, Avdimou developed and was one of Cyprus's 12 districts. During the times of Venice's domination Avdimou was a significant centre.

Since that time it became one of the three precincts of the Limassol district and a central point throughout the years of the Turkish and British domination.

Until 1963 the village had a mixed population with a small number of Greek inhabitants (905 Turkish-Cypriots, 10 Greek-Cypriots).

After the inter-communal conflicts of 1963, all the Greek-Cypriot inhabitants abandoned the village and it became completely Turkish-Cypriot.

After the 1974 Turkish Invasion, the village's Turkish-Cypriot inhabitants transferred to the occupied territory of Cyprus and Greek-Cypriot refugees from 42 different villages of the occupied area settled in the village. 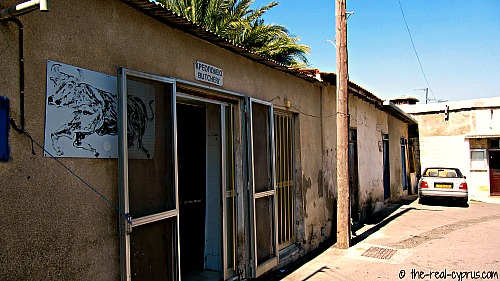 Anything Else Worth Noting?

Despite the many financial difficulties that the inhabitants face due to their refugee status, Avdimou's community today can be considered as prosperous.

At the same time, they maintain viable agricultural plots, which have been converted to very productive plantations mainly of Sultanina (Thompson's seedless) grapes with the support of the government. Also, there are several stockbreeding units in the community. 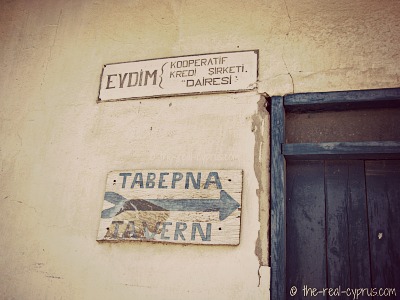 Why Should I Go? 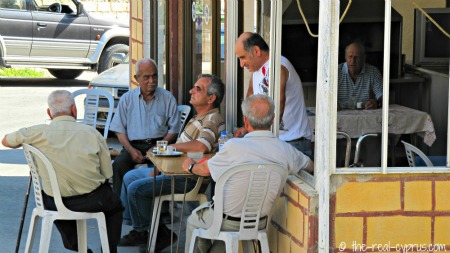 Avdimou is a great little detour if you visit in the late afternoon and combine with dinner. It is also great if you have been down to the beach at avdimou and want somewhere else to eat in the evening.

If you visit then, the sun will be going down, a great time for photographs and you can meet the local men at their village coffee shop chatting and putting the world to rights, reading the newspaper, or having a beer before they head home for dinner.

You might also be residing in Anogyra Village or on your way up there, in which case it would be silly not to just detour as you are going right by it. 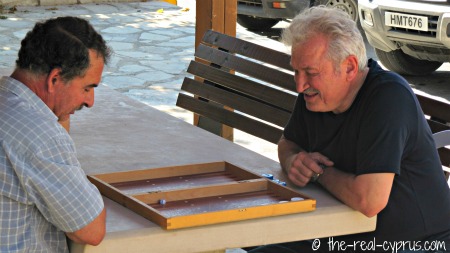 You can also find friends playing a local game of tavli or backgammon or perhaps a game of cards (billoti). 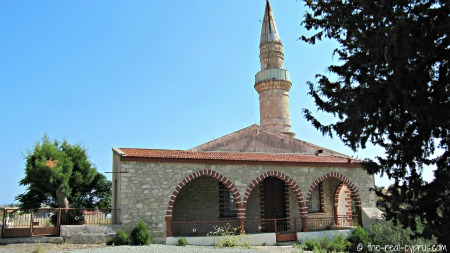 You can take some pictures of the local turkish mosque that has been looked after, not sure you can get inside but would make for some nice travel photographs.

There isn't a whole other lot of things to see here, but I did mention eating so you might want to hunt out the local Avdimou Village Taverna

The Famagusta Taverna. Or if you served in the forces in Cyprus it was affectionately known as Fama Gees, It was more often than not, the venue for an evening out with your team from work. I guarantee the walls in this restaurant can tell a few tales! 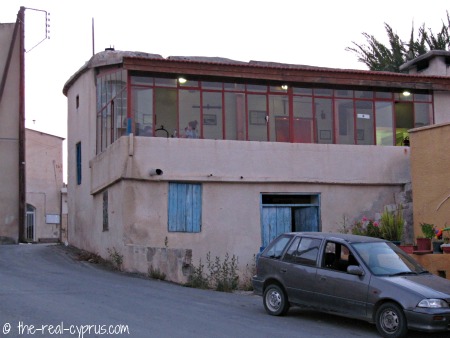 The Restaurant as seem from the road, you will have to go via the one way system into the village. 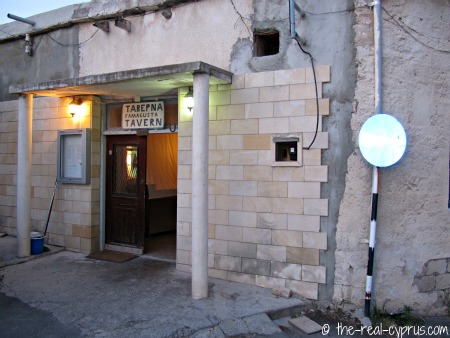 This is the front door and not far from the local butcher so the food miles are short! 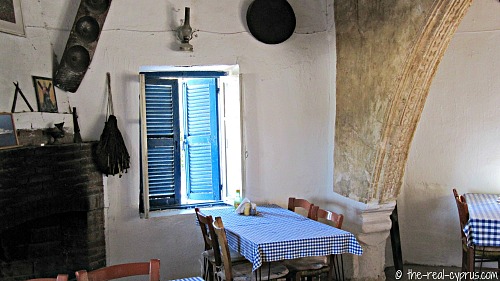 The Famagusta Taverna keep a very traditional interior, something that is being ripped out of restaurants around the island in pursuit of modernisation.

I am so glad they have kept the heart of the restaurant with rush seat wooden chairs, stone floors and a working wood burning stove, which is most welcome in the winter. 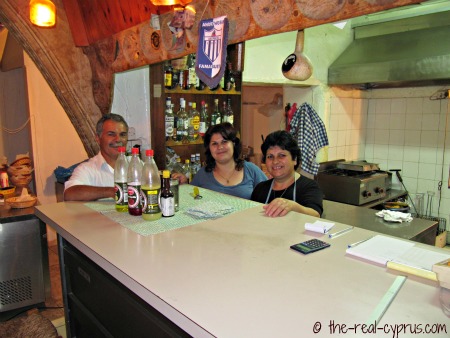 The family who run the taverna. George, his wife Maroulla and his daughter Soulla 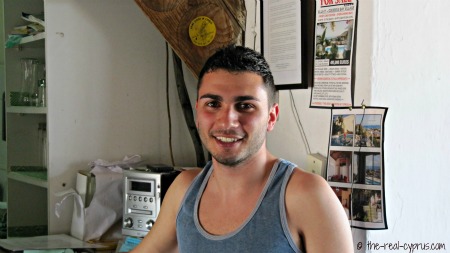 Their son Sotiris is training trained to be a lawyer in England. 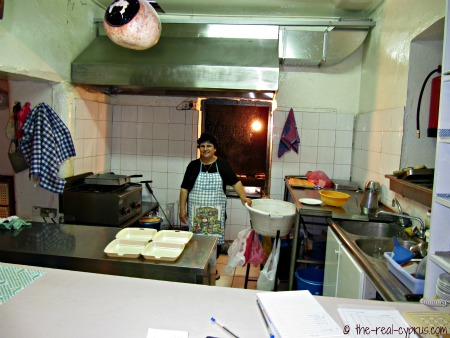 Maroulla cooking in the kitchen, she is the main chef these days. 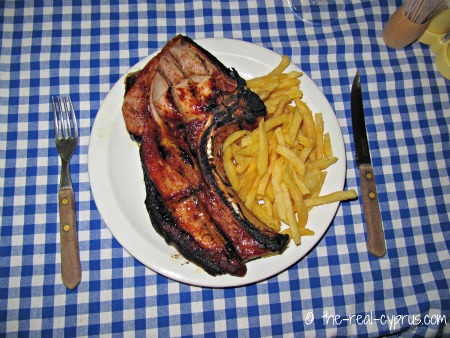 I have no idea where they get their meat from, probably the butcher next door but their pork chops have always been some of the biggest and best on the island,

I truly do not recommend you visiting this restaurant if you are a vegetarian, unless you just want to eat salad, pitta bread and dips. There is a definite meat focus here, and the portions are usually huge and you get chips with everything.

Cyprus is the only place in the world I welcome chips on my plate as the potatoes are fabulous and the taste is excellent! I hope they don't take up the latest trend here for using frozen chips, just not the same.

It you want the real cyprus.. then you will find it here.

How Do I Find The Restaurant? 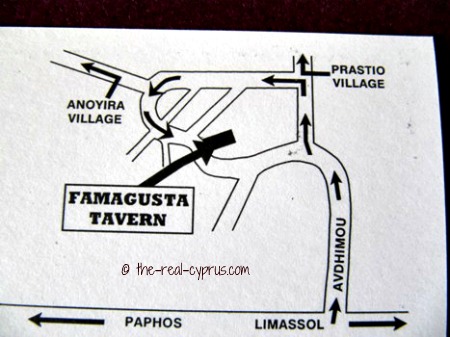 Very easy to find. If you are coming along the main highway, from either direction you turn off for Avdimou Village.

When you get to the village follow the signs for Anogyra and then turn left into Avdimou and you almost come back on yourself.

As you come into the village you will probably be able to see the restaurant from that main road but there is a one way system in place that you have to follow. 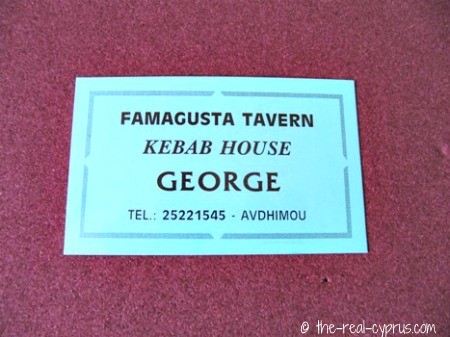 Know The Famagusta Taverna or the village well?

If you are familiar with the area, or the restaurant or the village please let us have your comments below for Facebook, we would love to hear about your experiences and you never know you might meet old friends...!