History of Cyprus
Experience the past in the present. 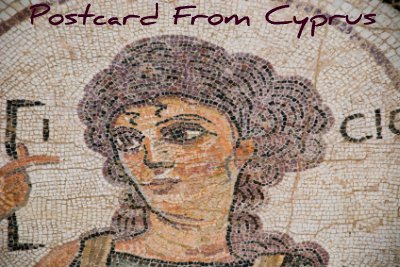 History of Cyprus In A Nutshell

There is so much to know about this island I am not even going to attempt to write a page about it, but I can point you in the direction of books to read and some places to visit, and when you get to visit here you will easily see...

...as you wander around the island you come across many prehistoric tombs and sanctuaries depicting the very long cultural heritage of the island.

This ancient Cyprus history tends to focus on the great city kingdoms, conquerors and conflict. Yet farmers and herders, artisans and miners played an equal role in the chronicle and they laid down the foundations of the countrys' distinctive culture.

Finds On The Island

Manmade artefacts from as far back as 10,000 BC show that the Stone Age Man was present on the island when pygmy hippopotamus and dwarf elephant were on the earth.

By 6,800 BC, Neolithic Man was a skilled hunter, living in stone and clay huts. He shaped river pebbles to make axe heads and chisels. He also created patterned pottery bowls, clay sculpture and jewellery of steatite, shell and cornelian.

Arts & Crafts started to evolve when the discovery of ochre and umber pigments enabled potters to decorate their ceramics with colour.

They also started to create figures of fertility goddesses and cross-shaped human forms.

Archaeological finds from this era include animal shaped vases and a model of a ploughing scene, signifying the importance of livestock and arable farming.

The discovery of copper around 3000BC changed lifeand the history of Cyprus dramatically, as the metal became the source of immense wealth and triggered the development of trade with neighbouring countries.

In addition, the location of many of the copper mines prompted previously agrarian communities from settlements in the foothills and plains to relocate to upland areas.

Some copper ore was smelted locally in wood or charcoal burning furnaces and the metal was exported in ingots in the shape of a sheepskin. By the late bronze age, smiths were using imported tin mixed with copper to cast large bronze objects.

Around 1200BC, the arrival of Greek-Speaking settlers as part of the Sea Peoples, caused great disruption and led to the first of the city kingdoms of the Iron Age and Hellenisation of the island.

Copper smelting started the depletion of the islands thick forest cover and after Cyprus fell to the Persians the forests were further depleted for shipbuilding.

During the Hellenistic period (4th century BC), copper mining was generating such wealth that Cyprus was able to supply Alexander the Great, for whose empire the island belonged with a whole fleet of battleships.

The value of the copper mining and export trade was the catalyst for the Romans taking possession of Cyprus in 58BC and their baskets, ropes, wooden props and other mining paraphanalia have been found in copper mines still in use in the last century.

Today, in the modern history of Cyprus, agriculture including the wine industry is still a fundamental part of the islands economy and Cypriot craftspeople continue their cultural traditions by creating pottery and weaving lace and metalwork just as their ancestors did in ancient times.

To Find Out More

One of the best works about Cyprus history  has been published through the Cambridge University Press by Sir George Francis Hill.

The 4 volume History Of Cyprus published between 1940 and 1952 covers the earliest know history to the 20th Century and has become established as the standard to which all other publications aspire to. It is a scholars dream publication about the island.

Sir George had a long and illustrious career with the British Museum and was an expert n Greek History, art coins, heraldry and iconography of Medieval Italy and the  Renaissance period.